Online conferences won’t do it. Instead of ‘sustainable’ academic history, we need engaged historians working less and collaborating with activists. 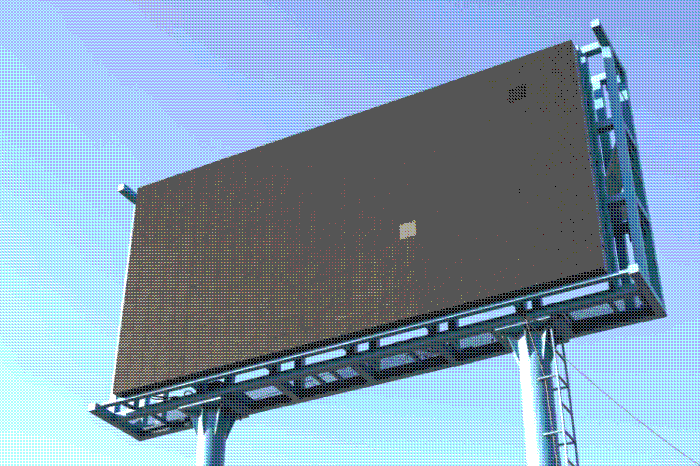 This post by Max Bautista Perpinyà is part of a series on Sustainable Academia—in cooperation with Historians for Future—in which contributors reflect on the conditions of historians in Europe and beyond (especially those in early career stages), introduce visions for the field, and suggest concrete action in order to build more inclusive and supportive academic environments.

‘Sustainable’ comes with baggage. In the contexts of the pandemic and the ecological collapse, necessities and aspirations have met, and the meaning of ‘sustainable academic’ circles around a conveyor belt, on and on. Turning to an online working life seems to have become the new norm and the go-to solution to make academia more in tune with the times that we live in. Academics’ ambition to reform work culture is worthy and extremely necessary, but simply put, I just don’t think that the digitalisation of academic work is going to do it, even if well-intentioned and inclusive by design, and I don’t think working digitally should be the first thing that comes to our mind when we think of ‘sustainable’ environmental history.

While online conferences may be one of the solutions to transition into new modes of academic work, we cannot reduce our relationship with society to our practice of going to international conferences by air travel. Also, it is not at all clear that digitalisation is always and by default a less energy-intensive activity than in-person practices. Beyond technological fixes, in this short essay, I want to pick some images of what ‘sustainable’ can mean for the historical disciplines because I think it’s important to radically alter our collective imagination of academic work. Here, I want to propose that history-writing should be locally engaged, decentralised, and… we should only be working four days a week at most.

How can we imagine ‘engaged’ history?

Historians are uniquely equipped to address current worries, and that is why we should engage with collectives who are already doing something about it in ways that are ‘history-specific’. Activists and historians often worry about similar content. What is most exciting is when we find spaces to work together. Perhaps we must admit that journals are not the most inviting or effective format to do this kind of collaborative work.

When I imagine what ‘sustainable’ history might be, I see academic work embedded in—to borrow Jürgen Renn’s concept in his theory of knowledge evolution—a decentralised and local knowledge economy. That is, academics within a heterogeneous network of local actors, sharing a variety of knowledge kinds, formats, and practices.[1] Academics in touch with regional politicians, activist groups, cultural centres, fanzine and newspaper editors, NGOs, and so on help us engage with the local instances of the concept of ‘political’ that we care for in our conferences and papers. Knowing the actors on the ground can help circulate our academic knowledge into the political forums where we can clearly see its consequences and impact.

Let’s take the example of ‘narratives’. Historians are familiar with how narratives have been constructed to further specific national, commercial, institutional, or revolutionary causes. Historians of science and of the environment have narrated how sectors like the tobacco, industrialized agriculture, and fossil fuel industries sought to stir misinformation and secure social legitimacy by enlisting figures like scientists, cultural institutions, and epic narratives for their purpose.[2]

BP’s occupation of the British Museum and Shell’s of the Boerhaave Museum are yet mounting instances of an industrial sector seeking to secure a social license by sponsoring cultural events. Activist collectives in several European countries are responding in different ways to industries’ attempts of shaping self-serving narratives, from occupying museums to reappropriating advertisement spaces in creative ways or mobilising to pass laws that would ban fossil-fuel advertising.[3] There are already success stories: the work of Reclame Fossielvrij in the Netherlands has achieved for the city of Amsterdam to ban advertising in the metro and city centre, and National Galleries Scotland has evicted BP from their cultural stage.[4] These activists are shaping our contingent present because they are aware of the power of narratives in shaping social behaviour.​​ Our work of describing contingent pasts is compatible and can be enriched by joining today’s normative actors. We can collaborate with them in different ways, some closer to our expertise, like writing, to some far away from the common practices at the faculty, like putting our bodies at work in civil disobedience actions.

In following the consequences of this image of engaged academics, I recognise that the already overburdened researcher has little time or energy to engage with even more work. There is no easy solution, but it seems clear to me that academia needs degrowth. Instead of five-day weeks and weekends used for research, we need to spend less time at the faculty, and more hours dedicated to low-energy activities.[5] This, I recognise, is hard to imagine. Academic culture can be characterised by self-driven individuals with a passion for researching unknowns. A deep reform of the rewards, recognition, and funding structure of academic labour is urgently needed, one that does not hijack the culture of effort of researchers but rather encourages the possibility of having a career in academia while having the time to tend to our domestic labours, child-care, and being engaged with the social and political needs of our local contexts. For that, shorter working weeks are essential. Refusing to work on weekends is a start, but we need to start imagining 4-day weeks.

Too much attention has been given to the digitalisation of our labour, and I find it particularly disappointing from historians of the environment and of science, who are well versed in the materiality of the web, and in how inequality does not disappear once we move online. Behind the metaphor of the internet as a ‘cloud’, we find intercontinental cables across marine floors and increasing energy necessary for the cooling of servers, rapidly becoming one of the main producers of CO2. The digitalisation of academia is not the holy grail, and I find it upsetting to see historians jump on the bandwagon of technical fixes. It’s also strange to find calls by historians themselves to push universities to fund carbon offsetting.[6] Academia shouldn’t join the games that big corporations and governments play to greenwash their role in destroying the environment that we live in.

As historians of science, my colleagues and I like to claim that science and nature are inherently ‘political’ issues and like to brag about how history-writing is itself a political act that demands responsibility. However, I find it much harder to enact a concrete political role in practices beyond writing. I find it difficult to position myself without sacrificing the academic attachment to objectivity and my chances of a successful career. I want to imagine a kind of academic work where ‘responsible’ and ‘sustainable’ not only mean ways in which the content and form of my academic work are ‘political’ but refer also to how the context in which I do my work allows me to engage in ongoing political projects.

To me, the question of ‘what should sustainable history look like?’ won’t find answers in academia itself; and attempts to internally reform it will probably be in vain. The most academia can do is give us a context in which new forms of academic work are a possible and valid choice for the researchers. What we need is time, time to work on actual political movements outside academia, and this can only happen when weeks are long enough to fit work, child-care, cooking, and political engagement while not collapsing in burnouts. If academia and the discipline of history want to be sustainable, we should only be doing it three or four days a week. It’s not hard to imagine how we may need to leave academia if we want to be ‘sustainable’ historians at all.

[3] There are a fair amount of anti-advertising collectives in Belgium (Liège sans pub, BXL sans pub), the Netherlands (Reclame Fossielvrij), France (Résistance à l’agression publicitaire), and the UK (Adfree Cities, BP or not BP?, Badadvertising), using different tactics to reappropriate the public space or push for local regulation. At the international level, Greenpeace is sponsoring a European Citizen’s Initiative that calls for the European Commission to discuss a European Union-wide ban of fossil fuel advertising and sponsorships, with an ongoing campaign to collect signatures: https://greenpeace.org/fossilfreerevolution.

[4] Hope Talbot, “Amsterdam to Become First City in the World to Ban This Type of Advert,” Euronews (May 20, 2021); Mark Brown, “National Galleries Scotland to End BP Ties over Climate Concerns,” The Guardian (November 11, 2019).

Max Bautista Perpinyà is a PhD student in History and Philosophy of Science at the Université catholique de Louvain, studying the evolving meaning of the concept of ‘biodiversity’ in non-academic contexts during the last third of the twentieth century in Spain.

The author likes to thank Alicia Jeannin and Martijn van der Meer for their comments on this piece and our conversations leading up to it.