Diagnosis of a Planetary Condition 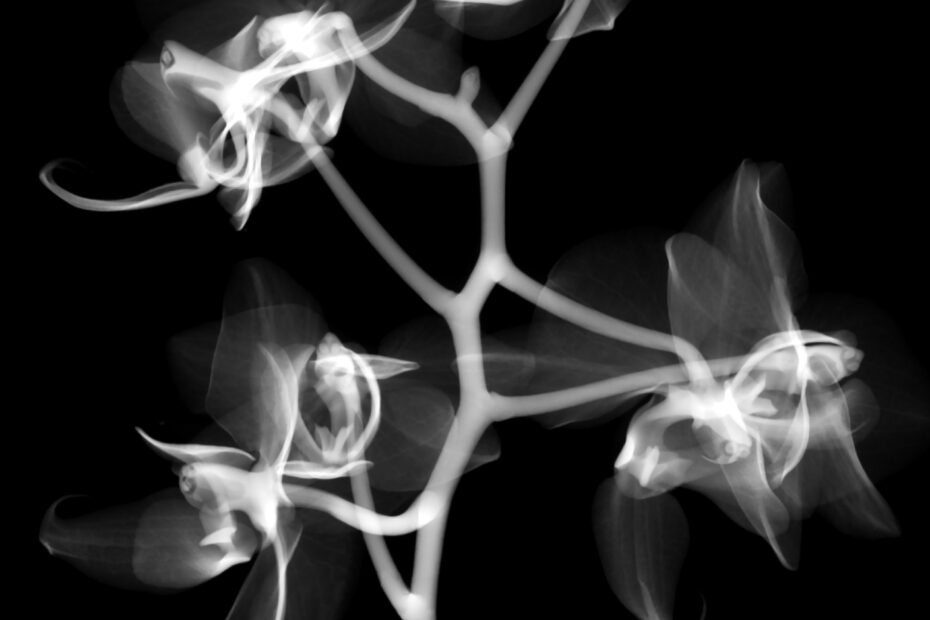 This post by Mél Hogan and Susan Cahill is part of a series on Sustainable Academia—in cooperation with Historians for Future—in which contributors reflect on the conditions of historians in Europe and beyond (especially those in early career stages), introduce visions for the field, and suggest concrete action in order to build more inclusive and supportive academic environments.

Our elders have been warning us about this for generations now—they saw the unsustainability of settler society immediately. Societies based on conquest cannot be sustained, so yes, I do think we’re getting closer to that breaking point for sure. We’re running out of time. We’re losing the opportunity to turn this thing around. We don’t have time for this massive slow transformation into something that’s sustainable and alternative. I do feel like I’m getting pushed up against the wall. Maybe my ancestors felt that 200 years ago or 400 years ago. But I don’t think it matters. I think that the impetus to act and to change and to transform, for me, exists whether or not this is the end of the world. If a river is threatened, it’s the end of the world for those fish. It’s been the end of the world for somebody all along. And I think the sadness and the trauma of that is reason enough for me to act. – Leanne Betasamosake Simpson (2013).[1]

How does white settler society envision its future? What does it make of the hottest west coast summer on record? Of droughts in the prairies? Of torrential rains and landslides that decimate infrastructure in British Columbia and Nova Scotia? Despite the increasing frequency of wide scale ‘exceptional’ climate events, it seems to be business as usual. Such weather events are subsumed and normalized into the everyday existence of living in the settler state. As we write this, ongoing legal and physical battles are taking place between Wet’suwet’en Land Defenders and armed police forces, deployed by the federal government to protect Coastal Gaslink’s corporate interests in expanding its liquified natural gas pipeline along forests and salmon streams on Wet’suwet’en traditional territories.

Models of conquest and domination over nature continue in settler society, despite the clear discord these systems impose on the planet and its inhabitants. As Michi Saagiig Nishnaabeg writer, poet, and activist Leanne Betasamosake Simpson articulates in the epigraph of this piece, the unsustainability of white settler societies is fundamentally rooted in the disparities and disconnections between the human world and the worlds of land, animals, and space. This logic positions bodies – particularly white settler bodies – as above and beyond the material concerns of environmental life. This belief system anchors imaginings of the land as resources, and presumes the inevitability of white futurities, despite the centuries-long warnings of Indigenous communities and the more recent ever-increasing alarms by climate scientists.

The inability to see the whole, rather than the consumable parts, and to plan for future generations, rather than take for the present, are hallmarks of white settlerhood, and the structures it creates. This refusal to see the interconnectivities of all modes of life extends to health and well-being. Settler visions of health and well-being have been structured on individualized, extractivist models that prioritize accumulation at all costs. With billion dollar investments made in allopathic medicine, cancer and genomics, anti-ageing, drugs and pharmaceuticals, and so on, human health and longevity has been relegated to the individual (lifestyle choices) and too rigidly focused on the body (self care), as separate from the planetary conditions that sustain it. This is part of the much larger project of colonialism, capitalism and neoliberalization – a push to individualize health to generate profit. And while many public health experts have intervened in this area to bring the much needed attention to questions of access, race, gender, mistrust in science, historical precedents, and disinformation, (among many other issues), what lags in settler allopathic understandings of the body are the planetary conditions that, once disrupted, generate a cavalcade of problems. This is not a new issue for all scholars and practitioners, but one that is central to white settlers’ conceptualization of their bodies, and what we too often consider to be ‘our’ planet to manage, even as we colonize it, and travel beyond it with plans to do much of the same on other planets.[2]

We were inspired to write this short piece in reaction to two headlines that help render components of our critique visible and invite settlers to rethink a) the human body in relation to the environment, b) how climate change is forcing a serious reconsideration of the boundaries between the two, and c) how settler society is reckoning – too late in the game – with our violent, extractivist ways. The headlines are: “Canadian woman diagnosed with ‘climate change’” (2021) and “Strange Weather Triggered Bacteria That Killed 200,000 Endangered Antelope” (2018).[3] These are two headlines of events of the last half decade or so, sending off ‘warning shots’ to humanity.[4]

A version of “Canadian woman diagnosed with ‘climate change’” appeared as a headline in November 2021 across Canadian media. It didn’t make a big splash nationally or internationally, but its implications, we argue, are significant.

Dr. Kyle Merritt at Kootenay Lake Hospital in Nelson diagnosed a woman in her 70s with ‘climate change’ based on her breathing troubles, said to be caused by inhaling wildfire smoke for sustained periods of time over the last summer – the hottest ever on record. The diagnosis came in late June in a heatwave that is now known to be the deadliest so far in Canadian history. Not only was this the first explicit diagnosis of this kind, one that acknowledged the direct health impacts caused by climate change, it was also the first time a person was diagnosed with a planetary condition. Not unlike the strange idea of diagnosing someone with ‘pandemic’, instead of covid-19 or pneumonia, for example, ‘climate change’, as a health condition, marks a significant turning point in and for human health discourse in the anthropocene. It signals both a deep (and belated) appreciation of the power of the interconnectedness between planetary care and our own, as humans, and resignation to it. As Kate Maddalena tweeted, in relation to a similar story about pollution, “Our bodies are only pieces in much larger environmental articulations. Ecologies of pain”.

A diagnosis is usually a decision reached by a medical doctor about an illness, by way of bodily symptoms. Vitals signs are checked first. Then blood, compared against normal values in lab tests. When a human body manifests something unusual – out of normal ranges – allopathic medicine comes to regard this as a condition, syndrome, or disease. Increasingly, with the advent of ‘precision medicine’, specialists may look to the molecular, too, or to the wider set of ‘omics’ technologies, such as genomics, transcriptomics, proteomics and metabolomics for evidence of abnormalities.[5] Settler medicine, especially, has forced the health gaze onto the inner workings of the body as a set of distinct organs and systems to make sense of illness in and of the human body at cellular or molecular levels. Being diagnosed with climate change, then, is an explicit move to thwart this momentum, and a serious proposal to look at the world a body lives and dies in.

In 2015, more than 200,000 saiga antelope died in central Kazakhstan. What is interesting about this story in relation to the previous one is how climate change altered the conditions of the antelopes’ bodies, allowing bacteria already present in their tonsils to poison their blood, causing them to die very quickly. In other words, there’s a taken for granted stability to our environmental articulations – not necessarily balance, but an endless communication and communion between all things.[6] The central condition for life on this planet is codependency; elements that enrich the body and are necessary for life – like bacteria, air, water, sun, etc. – are also threats to be collectively and individually managed for survival.

White settler relations to the environment function in terms of dominance, control, property, and resource extraction. The kinship relations of human and the more-than-human are not viewed as equal partners in structuring health and well-being for the planet and beyond. According to our current dominant medical paradigms, problems for the body are caused by a multitude of things: stress, viruses, toxins, trauma, infections, mold, bacteria, bites, mutations, and so on. All problems that ultimately arise from living in the world with others – ‘vectors’ as we’ve come to know ourselves, as threats, during this pandemic. Implied in this framework, but downplayed in favour of the bodily data, are how worsening planetary conditions bring new dangers to the body. In this way, human health is the absence of symptoms, and – put too simply perhaps – a sign that earthly elements are in harmony with the body. Read this way, human health is also largely a manifestation of denial that parallels climate change denial itself.

Collectively, white settler society has made huge investments in allopathic medicine, and these investments sustain a way of knowing, doing, and being in the world. This is important because the knowledge we create becomes scaffolding for new knowledge – this is true at the material and discursive levels; in fact, they work to reinforce one another. In a reflection on complicity and coloniality in settler-centric pedagogy, critical Muslim Studies scholar Shaista Patel begins by reminding us of this very thing; that the point of scholarship is to leave something behind that others can use (Patel credits Lisa Lowe and Roderick Furgeson for this insight).[7]

It’s not unusual, then, for settlers to understand their body’s functioning by way of breakages and variations from a statistical norm (even if not all bodies break or regulate in the same way), given that settler medical discourses frame it as such – frameworks materialized in and by medical tools, protocols and establishments. Yet these frameworks are limited, at best. They discount a multitude of interconnections, kinships, and relations that govern and dictate health and well-being for humans and the more-than-humans that inhabit the earth. They presume (and protect) white settler futurity with a historical and ongoing violence that is collapsing this planet and its systems, insights that Simpson credits to warnings given by her elders for generations.

With these two stories – and with each standing in for many similar cases – we can understand that the anthropocene is a designated era whereby humans, animals, all living and nonliving things, are understood to directly impact planetary conditions.[8] As Métis geographer Max Liboiron articulates, “we need to investigate our own scientific practices,” to decolonize the principles and systems that govern the ways in which knowledge about bodies and the environment is produced, reproduced, and canonized.[9] While there have been countless deaths and diseases caused by global warming and climate catastrophes over centuries, the repercussions of a diagnosis usually reserved for the planet is telling of a new urgency, felt this time by settlers. The principles of diagnosis, and the actions and measures they initiate, need to change. They can no longer uphold and reinforce the colonial-capitalist structures of white settlerhood if any livable future is to be possible. The goal of medical and environmental sciences should be providing pathways of otherwise. Settler science – and the societal structures it upholds – needs to look inward at its own governing systems and grapple with its very foundations before destroying itself and everything else in the process.

[1] Naomi Klein (in conversation with Leanne Betasamosake Simpson), “Dancing the World into Being: A Conversation with Idle No More’s Leanne Simpson,” Yes Magazine (March 6, 2013).