“On the Human as Acquired Taste: Preliminary Thoughts on the Resilience of Theory” 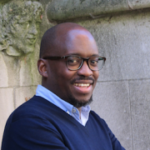 ‘On Humans as Acquired Taste: Thoughts on the Resilience of Theory’ is a comparative research project that examines how the Kruger National Park and Yellowstone National Park manage animal and predator attacks on humans. In the case of the Kruger National Park, I am interested in the historic roots of a policy whereby, if an animal such as a lion attacks a human being, park officials kill that lion as a matter of course—on the grounds that that lion has acquired a taste for human flesh and is therefore a danger to all humans. Yellowstone park officials follow a similar policy and will actively kill a bear that attacks a human. I intend to use this comparative study to look at the construction of a conservationist discourse that places humans outside of the food chain. The aim of this project is to show that there is nothing aberrant about bears and lions that prey on humans, and that it is in fact an anthropocentric conceit to see humans as existing separately from the life cycle.

Short bio: Jacob Dlamini is a historian of Africa, with an interest in precolonial, colonial and postcolonial African History. He obtained a Ph.D. from Yale University in 2012 and is also a graduate of Wits University in South Africa and Sussex University in England. Jacob held a postdoctoral fellowship at the University of Barcelona, Spain, from November 2011 to April 2015, and was a Visiting Scholar at Harvard University from August 2014 to May 2015. A qualified field guide, Jacob is also interested in comparative and global histories of conservation and national parks.

History can illuminate the capacity for positive change, providing crucial knowledge in our often dispiriting times. Featuring a diverse panel of historians and activists, this roundtable will discuss examples of environmental victories, as well as how the past might inform our approach to current and future challenges. 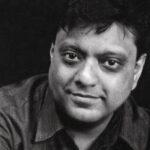 Sanjoy Bhattacharya is Co-Director of the History Department’s Centre for Global Health Histories, Professor in the History of Medicine, a Wellcome Trust Senior Investigator and the Head of the WHO Collaborating Centre for Global Health Histories at the University of York. Sanjoy specialises in the health, medical, political and social history of nineteenth and twentieth century South Asia, as well as the history and contemporary workings of international and global health organisations, and their programmes around the world. Sanjoy has always worked in inter-disciplinary ways and within inter-sectoral settings, and remains actively involved in health policy research and evaluation work in national and international agencies. 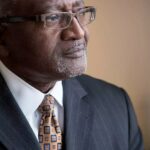 Talk title: “The Convergence of Environmental, Climate and Racial Justice in the U.S. Over Four Decades: From a Footnote to a National Headline”

Dr. Robert D. Bullard is distinguished professor of urban planning and environmental policy at Texas Southern University in Houston. He received his Ph.D. degree from Iowa State University. Professor Bullard is often called the “father of environmental justice.”Heis the founding director of the Robert D. Bullard Center for Environmental and Climate Justice at TSU, co-founder of the HBCU Climate Change Consortium and the National Black Environmental Justice Network.Dr. Bullard is the author of 18 books.  His Dumping in Dixie: Race, Class and EnvironmentalQualityintroduced many readers to the field of environmental justice. Hislatest book is The Wrong Complexion for Protection: How the Government Response to Disaster Endangers African American Communities (2012). In 2008, Newsweek named him one of “13 Environmental Leaders of the Century.” In 2019, Apolitical named him one of the world’s 100 Most Influential People in Climate Policy,and Climate One presented him with the Stephen H. Schneider Award for Outstanding Climate Science Communication.In 2020, WebMD gave him its Health Heroes Trailblazer Award and the United Nations Environment Program (UNEP) honored him with its Champions of the Earth Lifetime Leadership Award.  And in 2021, he was appointed bt President Biden to serve on the White House Environmental Justice Advisory Council (WHEJAC). 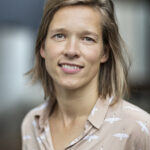 Talk title: “‘The largest open sewer in Europe’: The Rhine as a successful example of transnational cooperation”

Liesbeth van de Grift is Professor of International History and the Environment at Utrecht University. She specializes in the history of political representation through the lens of rural, environmental and consumer governance in the twentieth century. She is currently leading the research project Consumers on the March (2018-2023), which studies the historical development of consumer policies and representation within the European Economic Community and beyond. At Utrecht University, Van de Grift is engaged in the interdisciplinary Pathways to Sustainability and promotes a stronger involvement of Humanities scholars in sustainability research.